DA finds that nearly 70 people may have been convicted on false evidence given by Gerald Goines.

He should go for life with no parole.

How many other cops knew about his actions and said nothing?

The Thin Blue Line is real. When police have to operate in leftist jurisdictions like California I can honestly sympathize that police don't want to be punished for doing the right or necessary thing. But in this case clearly Goines had gone rogue and needed to be taken off the street. Sad that he was allowed to continue until this kind of blowup occurred.

Her alleged motives remain unclear....She has an extensive arrest record dating back to 1996 for crimes such as theft, assault, drug possession, assault and driving without a license.

It's not unheard of for CI's to be "paid" in drugs. It would be sad if she did all that just to get drugs.

Cell phone video of 2 shots being fired inside the home 30 minutes after the shootout? Wow!

Officers lied to get the warrant...and after the raid... FBI investigating...

If Art can't give answers to the DA, perhaps he needs a new job.

Officer at center of investigation retires.

In 2002, Goines was in trouble for keeping crack cocaine he’d purchased in a drug buy. The evidence was found unlogged in the toolbox of his city vehicle.

That particular problem persisted, because drugs were also found in Goines' city vehicle after the botched raid in January.

72 year old cancer patient with a feeding tube was unaware his home was raided until he was arrested and spent three days in jail.

Walked by while a drug house was being raided and got arrested.

I guess this is all going to be costing taxpayers plenty.

It is common for drug dealers to take over houses of older people who are living in the hospital. Talk about being victimized twice.

Sounds like all this is enough to keep the FBI busy for quite a while...

Art back tracking no knock with someone’s approval.

Interesting turn of events. I am glad the issue has their full attention and they are working to prevent a re-occurrence.

Agreed that this needs to happen nationwide.

Interesting that Goines is worried about being judged unfairly but apparently not about the events that lead up to 4 other injured officers and 2 dead home owners.

But I suppose however things work out for Goines, getting shot in the face and neck is probably not something he's going to want to repeat

I salute the Houston MSM for covering this story. We have the right to be safe in our own homes.

Looks like Acevedo has come a long way from initially blaming guns and the 2nd Amendment. It's like Sheriff Scott Israel Part 2.

I wonder what Rep. Eric Swalwell thinks about what 1 disabled vet defending his home with a revolver can do?

EnyoTX wrote: ↑
Sun Feb 10, 2019 5:35 pm
While pretending to be hard at work investigating this incident, Acevedo finds the time to push gun control in the U.S. Capitol and on his Twitter feed. 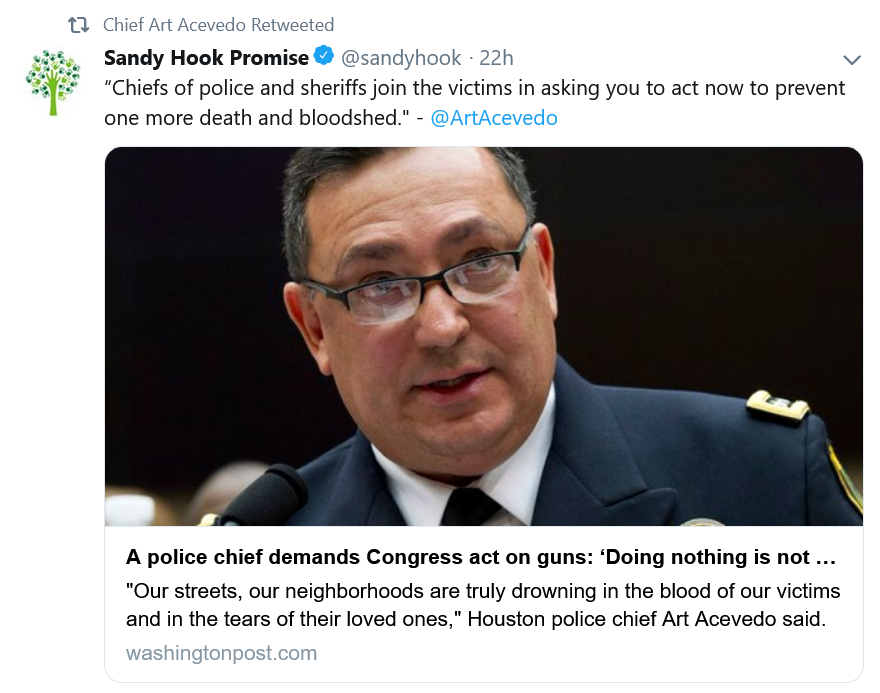 Here's the WaPo article that's linked in the tweet:

Houston police chief Art Acevedo urged Congress to act on the issue of gun violence Wednesday, saying "our streets, our neighborhoods are truly drowning in the blood of our victims and in the tears of their loved ones.”

At a hearing of the House Judiciary Committee dedicated to gun policy, Acevedo declared, “Gun violence is arguably one of the greatest public health epidemics facing the nation everyone in this room loves and serves."

“Chiefs of police and sheriffs join the victims in asking you to act now to prevent one more death and bloodshed," he said.

In the past, Acevedo has been outspoken about his desire for increased gun-control measures. His congressional remarks came the week after four Houston police officers were shot and a fifth injured during a drug raid, after which Acevedo expressed “frustration” with lawmakers. “For whatever reason, they offer a lot of prayers ... We didn’t elect people to pray for us. We elect people to lead us; we elect people to make public policy decisions.”

Sheriff Scott Israel helped create the catastrophe at Parkland, and shifted blame to the NRA and US Constitution.

So far Acevedo is just blaming the Constitution... but they do appear to be birds of a feather

A mother reporting her cancer stricken daughter for drug use sounds like "Swatting" to me.

The part of the warrant that says "to knock and announce their purpose by the officers executing this warrant would be ...dangerous" 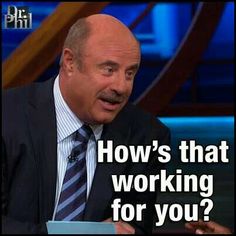 ...they enlisted a confidential informant to go into the house and attempt to buy drugs (Acevedo said at a press conference Thursday that police received a tip earlier in January from an anonymous caller, who said her daughter had been inside the house doing heroin and that there were guns inside).

On Sunday, the officers met with the informant, gave him some money, and sent him inside the house to try to buy drugs.

At first the HPD were saying it was an undercover buy. Now admitting they used a paid confidential informant and an anonymous tip. Sounding more and more like a swatting.


Acevedo—who is arguably the most outwardly progressive police chief serving in Texas right now and has been an outspoken critic of guns—called for reform following Monday’s shooting and criticized lawmakers for failing to take action on gun control... But he has not addressed the department’s use of a no-knock raid or the impact that such tactics have on the community’s trust in police.

Other than the cheapshots the Texas Monthly author took at the NRA/Texas gun owners I think the article did a fair job.
Search found 18 matches