03Lightningrocks wrote: ↑Sat Nov 14, 2020 9:17 am Only the democrats could pick a vice president that is more of a threat to the constitution than the president. They made sure republicans wouldn't try to get rid of him the way democrats tried with Trump.

I don't think it's the republicans that will try to get rid of him. The democrats already have that plan. I give it a year at most.
Mel
Airworthiness Inspector specializing in Experimental and Light-Sport Aircraft since the last Century.
Top

Barack Hussein Obama lit the fuse. I blame that guy and his media lapdogs.
I am not a lawyer. This is NOT legal advice.!

Nothing tempers idealism quite like the cold bath of reality.... SQLGeek
Top

What you need to believe for Biden to have won.
Top

What you need to believe for Biden to have won.

If the GOP does not develop a spine, there will be only leftists running the country before we know it. The GOP sits back like worms and allows these things to happen.
NRA-Endowment Member
http://www.planoair.com
http://www.planoairconditioningandheating.com
Top

Biden is a threat to the gun industry.
Top

Welcome to possibly the Biden era in America.
Top

Biden would be crazy not to use leverage created by Trump with Iran.

Biden would be crazy not to use leverage created by Trump with Iran.

yep you answered your own question.

he will bend over to iran, china and we will be right back to 5 dollar fuel and stagnation. i bet the saudis and UAE are chomping to provide us with oil
Proud to have served for over 22 Years in the U.S. Navy
Top

Biden is being punished, where Trump got a free pass.

There should be great joy that a lifetime Catholic has been elected President.

It was closed with a pointer to this all-things-Biden Topic, but I really feel we need one that's specific to his gun policies...maybe we want to wait until after the electoral college vote, but, you know. President BidenHarris is looking more and more likely.


Breitbart News reported that Biden’s proposals include a $200 tax [and NFA registration] for each AR-15 that is already owned, and that tax would also apply to other firearms Democrats label “assault weapons.” Biden also wants to tax gun owners $200 for every “high capacity” magazine they own.

Emphasis and parenthetical are mine. The Fox news channel just ran a short piece about this less than a half hour ago. It's nothing new; it's been in his campaign platform for "gun safety" from day one.

The problem is that both factions of the Dem party--the so-called moderates and the radical left--are all in for increased gun control. So from the Biden-Harris perspective, they have every upside to pursuing it with vigor and no intra-party downside at all. Here's an article from yesterday that puts that into perspective:


Politically, gun control is also a net gain for Democrats. Roughly two-thirds of Americans are in support of stricter gun control laws. When pollsters ask about more specific policies, public support for gun control becomes even more apparent. Universal background checks (83 percent support), red flag laws (72 percent), gun licensing (72 percent), and restrictions on high capacity magazine sales (61 percent), all staples of the Democratic platform... But when you break down exactly who the Democratic Party represents, and who its staunchest supporters have been, the political argument is even more airtight.

We'll know for sure in three weeks, but I believe we're in for a federal-level gun-control battle the likes of which we've never seen. The 1994 assault weapons ban will look like a drop in the bucket...because there were far, far fewer affected owners at the time, and the ban applied only to guns manufactured after the date of the ban's enactment in April 1998. Biden's platform is NFA registration on everything--even each and every "high capacity magazine," rifle or pistol--or turn those devices in to the government.

For additional reading, the NSSF released its most recent firearm production numbers on November 16: https://www.nssf.org/nssf-releases-most ... n-figures/. Their report shows nearly 20 million Modern Sporting Rifles in circulation, but my guess is that, when counting all lower receivers assembled or not, the number is higher. Likewise, the report estimates 434 million firearms in civilian possession in the U.S. But there have been over 365 million NICS checks since November 1998 alone. It takes a lot for the average civilian gun owner to render the "gun" part of the gun unusable, so I have to believe that the 434 million number is way light, as well. Also in the NSSF report is an estimate of 150.4 million magazines out there capable of holding more than 10 rounds; again, I believe that's an underestimate. But a $200 tax stamp for each of those would mean over $30 billion charged to gun owners if we want to keep what we've already lawfully purchased. 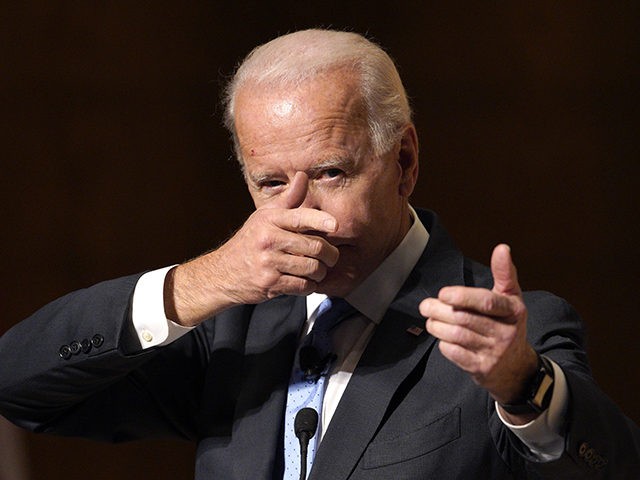 “Be ready; now is the beginning of happenings.”
― Robert E. Howard, Swords of Shahrazar
Top

It amazes me how all the talk about his son and payoffs has been swept under the rug. Just like Hillary and her emails.
Top

His Secretary of State choice, Antony Blinken, is an interventionist. Look for more military adventures in the Middle East, and more American men coming home in body bags or with their legs and arms blown off.
-Ruark
Top

Ruark wrote: ↑Tue Nov 24, 2020 10:51 am His Secretary of State choice, Antony Blinken, is an interventionist. Look for more military adventures in the Middle East, and more American men coming home in body bags or with their legs and arms blown off.

And look for rapid resumption of talks with Iran, a probable revival of a version of the Iran nuclear deal, and with that resumption of U.S. friendliness with Iran a weakening of the promising Middle East relations brokered by Trump and just getting underway. Iran and China, in particular, get their wish with a Bidenharris presidency.

And, good lord, we're going to hand the nuclear football to a man who half the time can't even remember what city he's in, and whose train of thought can jump off its track at any given minute.
“Be ready; now is the beginning of happenings.”
― Robert E. Howard, Swords of Shahrazar
Top
Post Reply
879 posts