We Are Being Invaded 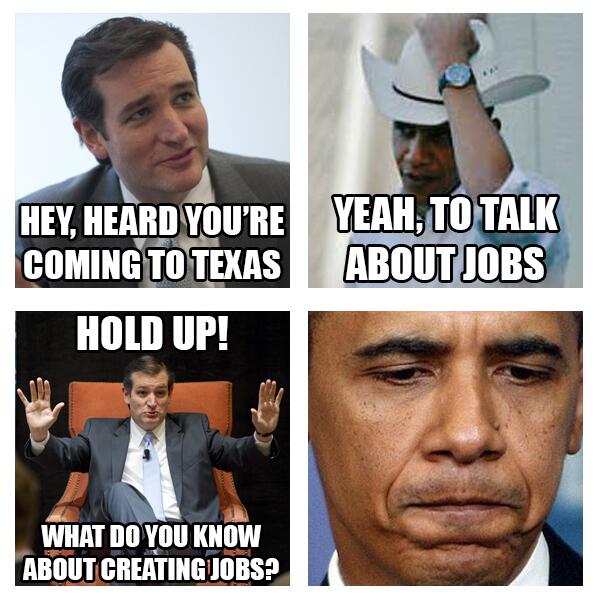 I like old Flo, and I don't know if it's true or not, but I heard that a worm named George Soros owns Progressive Ins. Maybe someone else has a little more insight on the matter. IMHO I think that bunch should stay away from Texas.
Larry D. Price
Top

texanjoker wrote:I am just wondering how traffic will be later when I roll to work. Last time he was in town it was a nightmare.

Yeah, I realized belatedly that I'm supposed to be meeting someone at the Austin Rifle Club in Manor on the same day that Obama is in town. I'm wondering if this is going to make it difficult to get out there.
Top

It will if he is still out there. They had Hwy 290 shut down in both directions in front of Manor New Tech School where he is visiting....
Top

He probably flew down here to have his picture taken with an AR15 to prove that "he's not going to take your guns." He doesn't know anybody in the NE who owns one, but probably figures almost any Tom, Dick, and Harry down here has at least two.
• Give me Liberty or I'll get up and get it myself.
• I don't carry because of the odds, I carry because of the stakes.
• My dream is to have lived my life so well that future generations of leftists will demand my name be removed from buildings.
• Independent Minarchist.
Top
Post Reply
20 posts