Walther makes a licensed copy of a Colt 1911 in .22 (not a conversion). It comes with a threaded barrel, and racks like a real gun. It loads and shoots everything except CCI Quiet, and is at least as accurate as a Ruger. It accepts standard grips from a 1911.
Texas LTC Instructor / RSO / SSC
Viet Nam Veteran: 25th Infantry, Cu Chi
https://mckinneyfirearmstraining.com
Top

I have both. accuracy is about the same. Smith is more reliable
Top

With a silencer?
I believe the basic political division in this country is not between liberals and conservatives but between those who believe that they should have a say in the personal lives of strangers and those who do not.
Top

The Ruger can be difficult in takedown/stripping. It is advertised as having the same grip profile as a 1911. Hence the name 22/45.
Top

I have a Mark III 22/45, and a .22 LR/.22 WMR SA "Rough Rider" revolver. My son has a SW22. If you’re a 1911 guy, you’ll love the 22/45's ergos, which are intended to duplicate a 1911. However, while it is relatively easy to field strip one, it’s a cast iron pain in the buttocks to reassemble. That said, the Mark IV generation are supposed to have fixed that problem. My son's SW22 is easy to field strip, but it is Ammo sensitive, and it once spit out its own extractor, which was never found. He had to order a new one for it. The new extractor still works.....if you can get that far in the firing cycle.

Neither the SW nor the 22/45 have threaded barrels. (Both were purchased when buying suppressors was less popular than it is now.) i can’t soeak for the SW, but the 22/45 is crazy accurate, with a fluted bull barrel. The one I have looks like this one: 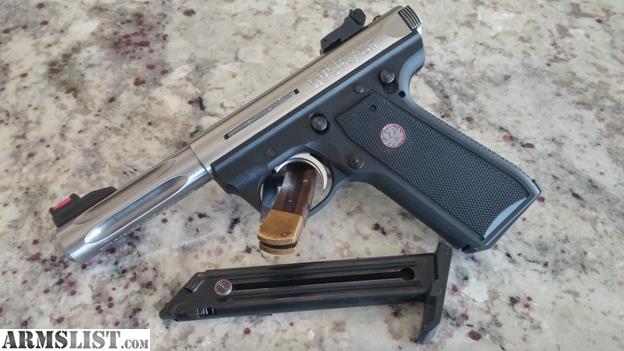 if I were going to buy a new .22 pistol today, I don’t know if I’d buy another 22/45. It shoots very well and operates reasonably reliably. But even with the new simplified takedown procedure, the machining on some of the internal parts creates metal edges so sharp that you can easily slice a finger open on them while cleaning the gun if your not careful. Don’t ask me how i know, but I would advise you to keep a name tag or shoulder patch handy with your blood type on it before you clean the gun. I don’t think the sharpness of those edges serves a function, and it seems likely to me that it’s just a cost cutting measure to avoid breaking those edges or putting a radius on them during the machining process.

I can’t say what I would buy, since I’m not lacking in .22s .... unless it would be a good DA/SA stainless "kit gun" revolver.... like a S&W Model 63, or a Ruger SP101.
My dream is to have lived my life so well that future generations of leftists will demand my name be removed from buildings. BTW, have you noticed that the topographical contours of local lake bottoms seem to have changed and become more rich in aluminum alloys and polymers in the last 10 years?
Top

I have a Browning Buckmart and have never had problems with it. I don't think I have ever seen it with a threaded barrel so it would not really fill the criteria.
NRA-Endowment Member
http://www.planoair.com
http://www.planoairconditioningandheating.com
Top

AndyC wrote: ↑Sat Aug 31, 2019 2:05 pm I dropped by a local store to go hands-on; what I really wanted to compare was the length-of-pull, but sadly they didn't have the M&P Compact. 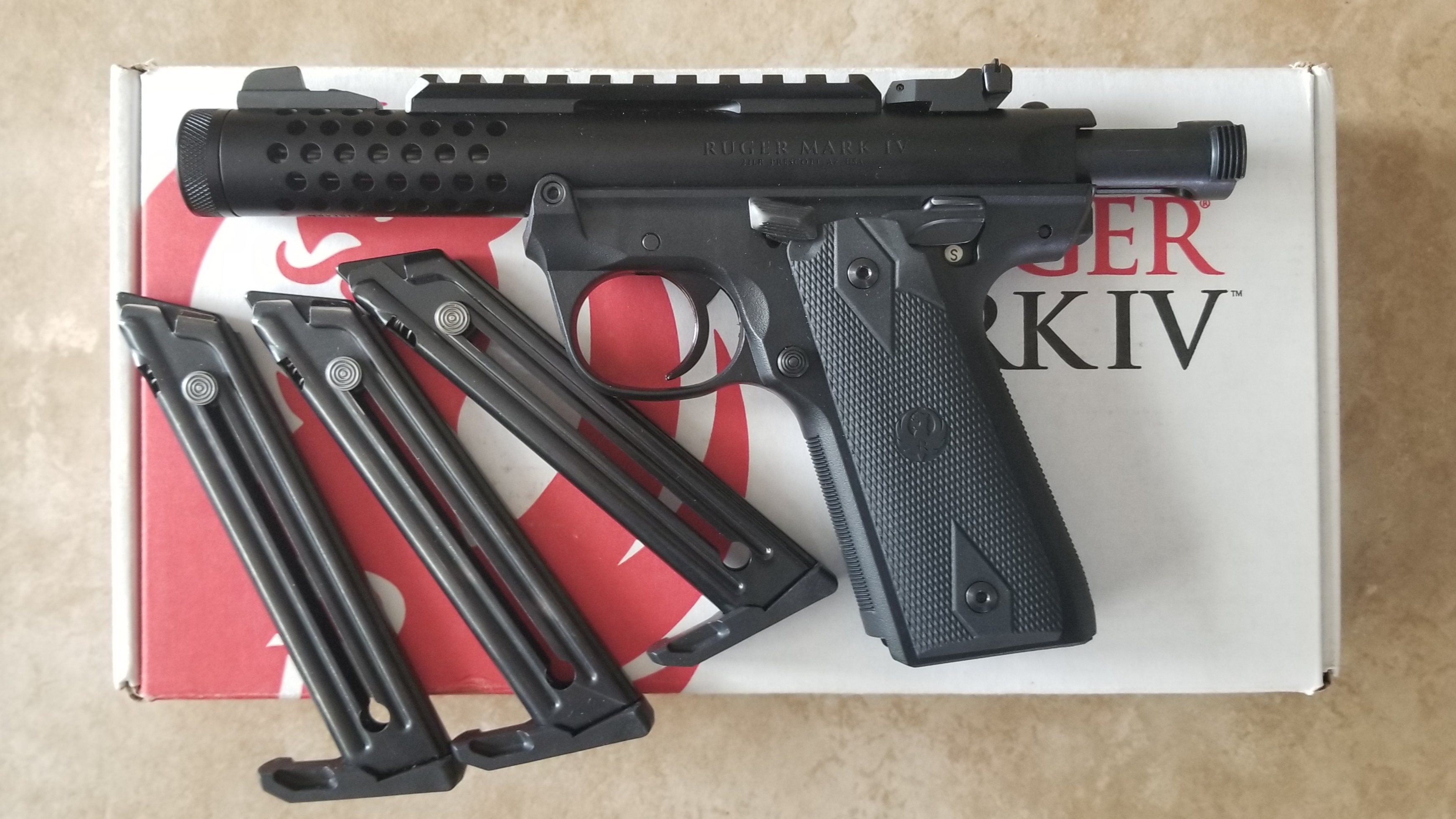 Thank you for everyone's input - there were many great options.

He who must be obeyed!
KAHR PM40/Hoffner IWB and S&W Mod 60/ Galco IWB
NRA Endowment Member, TSRA Life Member,100 Club Life Member,TFC Member
My Faith, My Gun and My Constitution: I cling to all three!
Top

Nice buy! Do you mind sharing the street price? (I also like the1911ish grip- it was what stood out in the first photo!)
Top

Go with the Walther p-22, shot over 5000rnds without cleaning and Not a single malfuntion. Never buy the Sig mosquito 22, had one and nothing but problems it malfunctioned ever magazine. Since I gotta choose from the two you posted, Ruger but with a built in suppressor.
One of my biggest mistakes in life...Is Believing people will show me the same love I've shown them.

narcissist wrote: ↑Mon Sep 02, 2019 11:32 am Go with the Walther p-22, shot over 5000rnds without cleaning and Not a single malfuntion. Never buy the Sig mosquito 22, had one and nothing but problems it malfunctioned ever magazine. Since I gotta choose from the two you posted, Ruger but with a built in suppressor.

I have a friend who bought the Sig Mosquito. I don't think he ever got a whole magazine through it without a malfunction.
NRA Endowment Member
Top

Seriously however we need to tryout yours and my new Walther PPQ M2 22 together, soon.
Top

I have my Ruger Mark II and I love it.